>> News: How Can A Plane Just Disappear? 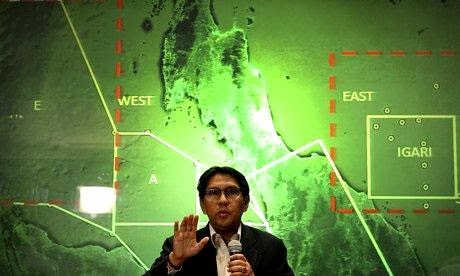 You have probably heard about it because it is all over the news right now! On Saturday a plane, carrying 239 people just disappeared from the radar. It left the airport in Kuala Lumpur towards Bejing where it was supposed to land - but 1 hour later it vanished. So far, nobody has an explanation for what might have happened to flight MH370 and its passengers. Malaysia's civil aviation chief Azharuddin Abdul Rahman (pictured above) said at the press conference: 'Today, we have used a large number of assets, comprising of 34 aircraft, 40 ships, hundreds of men, thousands of man-hours has been deployed. And countries that assisted us include: Vietnam, China, Singapore, Indonesia, USA, Thailand, Australia and the Philippines.' The search area has now been extended west, based on the theory that the plane turned back. So far, no remains of the Boeing have been found on the ground either. There is still hope and our thoughts go out, to all the relatives and friends of the passengers at this time.

For LIVE UPDATES and more facts about the missing plane, go to Euronews.com. There are also 4 theories of what may have led to the disappearance on CNN.com.  Meanwhile, the search continues.