Once again we bring you unique content, because who else but us would write a feature article about a grumpy piece of bread that goes by the name of 'Bernd'. Only we do this internationally. :) The notoriously low spirited piece of dough, is famous in Germany for his TV Show 'Bernd Das Brot'. It is about him, being as grumpy as a loaf can get. 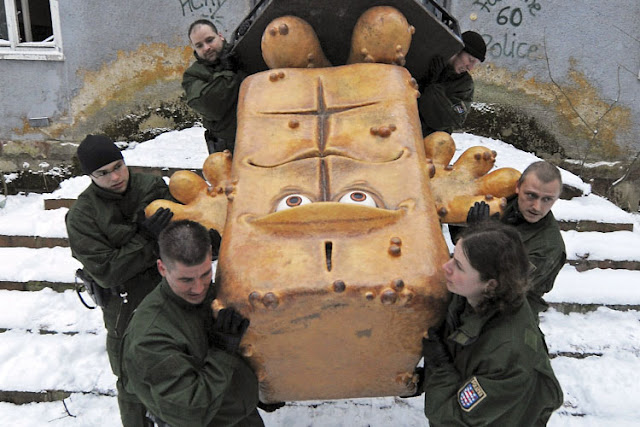 To honor him, there is even a 2 meter tall statue of his likeness, located in the city center of Erfurt, Germany since 2007. In 2009 this statue made headlines when an anonymous group abducted Bernd from his regular spot. A few weeks after that, he was found by police in a basement nearby. Their statement was: 'It is definitely him, he is ok.' 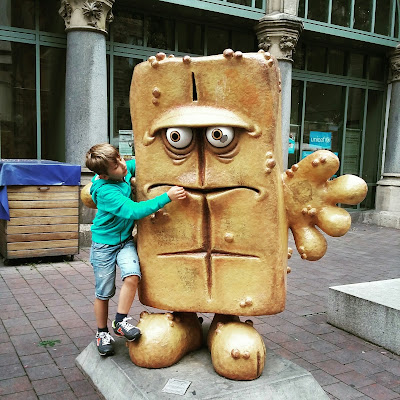 Nobody ever really found out who brought the German cult figure into the basement and why. But he is good and back at his old spot and that is all that matters. We would declare Bernd a 'mascot' because he represents the group of grumpy, yet lovable beings. So if you ever get to go to Erfurt, visit Bernd, it will lighten up his mood - for a moment. 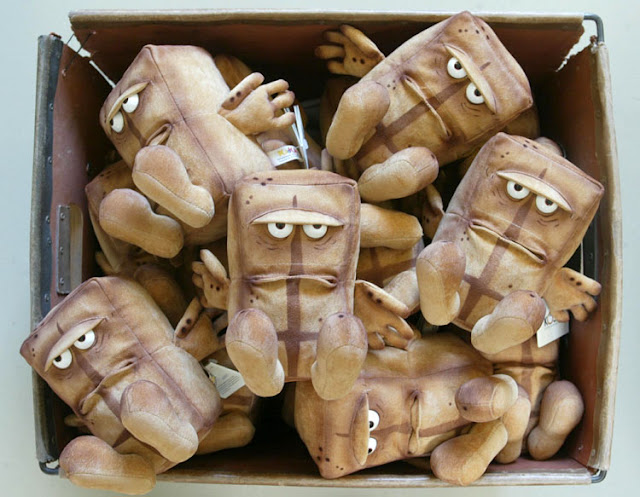