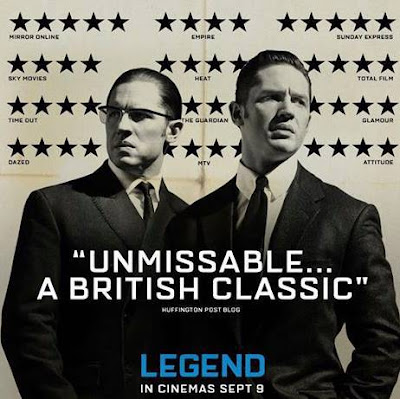 Everybody loves the new movie 'Legend' with Tom Hardy in a double leading role! Well, almost everybody but you can barely tell. On the poster above, you can see how many stars the movie was able to score with all the main UK newspapers and magazines. Only The Guardian was not too impressed by it obviously = 2 stars. Unfortunately, we can not tell you if the film is good or not because we have not been invited to the 'Legend' press view.. :) So, to whomever put this ad together we can only say one thing: Well played.

Speaking of Tom Hardy, do you know the great movie 'Warrior' that he was in? Nick Nolte was in it as well and until now, we still don't get how he could not score an Oscar for his stellar performance - he was amazing! To see new movie posters with Nick Nolte only as an 'Academy Award Nominee' is something we think is just not right, after a career/performance like this. We also think Tom Hardy has great acting skills, so we might check out his movie 'Legend' after all. The opinion of a Blogger might count.. somewhere. 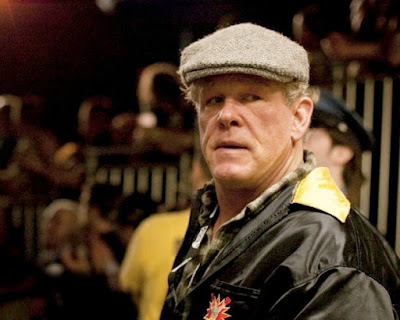