News: After All, Love 💜 Is The Highest Power. Never Forget That. US Election 🗳️Joe Biden & Kamala Harris win big! 🇺🇸

Hello, hello everybody! How are you doing today?! Welcome back to your favorite Blog. Did you have a long night as well? The last few days were nothing less than a THRILLER. Every day we were checking the latest updates and on some days the numbers just did not move for hours. Up to 16 hours sometimes. Looking back at it now, the first day was probably the toughest and most stressful. Once the democrats had a strong lead, it got a bit better. Pod Save America kept us updated. I just thought the world was so silent during these days. It felt like the world stood still! Yet it was and still is important to #counteveryvote. 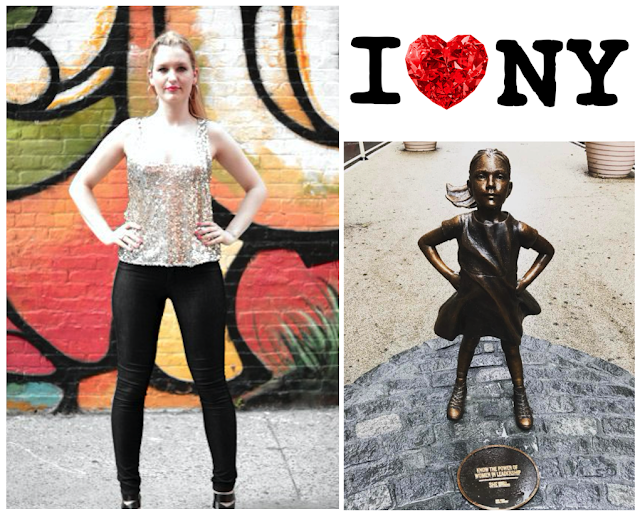 NYC Wall Street Girl - I like you but you stole my pose.
I was there first. #Biter :) 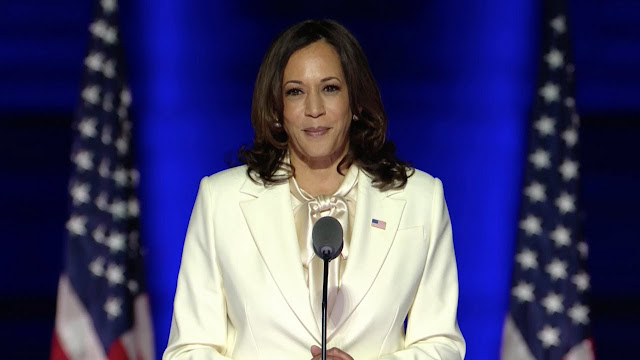 Kamala Harris will be the first woman in the position of the Vice President EVER! Also first black/south asian woman. Congratulations!
Yesterday, finally the race was called for Joe Biden and Kamala Harris. We are relieved. Now sanity will make a return to the White House. The last 4 years were pure chaos. An unqualified person was placed in the position of the President of the most powerful country in the world. A person who pushed hard to make hate, lies and obvious crimes the new normal, the new standard of the United States. And most of the media did NOT contest it - for ratings. But America was not having it. Not anymore. When they got the chance to turn it around they did! And we are ever so thankful. Around 160 million people voted.🗳️
Kamala Harris addressing the nation after the historic win
This was the biggest voter turn-out in US history! We really like Kamala Harris, she is very sharp and outspoken. She just made history as the 1st female Vice President-Elect. We find it ironic that President Trump paved the way to make this success possible. Thank you. Thank you for your total incompetence. We saw almost every campaign appearance of her, in the run up to this election. We are very grateful that in these tough times, two people were elected into the White House who have (working) people's best interest in mind. 2 people who speak clear facts even when it is not easy. There is a sense of clarity and hope that this new approach brings. 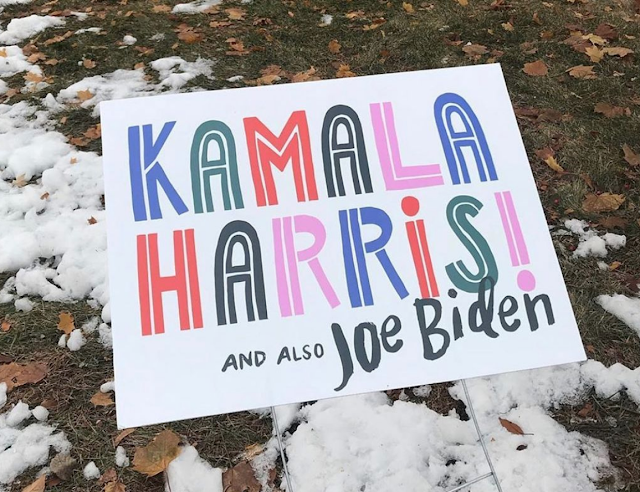 Whoever supported anything else than this outcome, to possibly save some tax dollars should check their values and morals. This is not a matter of rich or poor. This is a matter of common sense and respect and empathy for others who suffered under this President for 4 years, without any possibility to intervene. Also nature and the climate crisis affecting our planet. I thought you like nature?! People who lost loved ones because internal covid warnings, available in January, have not been shared or had been publicly downplayed. To support this man means to support everything he has done during his time in that office. If being a good person is the goal, this is obviously not the track to be on.

And I would have never thought that some people I have looked up to would side with this person. Musicians for example. This is a serious matter. Obviously everybody has the right to make up their own mind. But when it comes to the younger generation, I feel like some of them have not been able to grasp the gravity of the situation. They were willing to side with racism and hate just because it might be (potentially) the new majority. Would you run with the school bully too? The president of a country is setting the tone. He/She is the person, people look to for leadership, guidance and as an example. Kids see Trump behaviour as a norm when growing up. Who with a conscience would support that?

Who would want to bring up children in a Trump world? We are so glad that this mess just got cancelled. This does not mean all problems are solved instantly. It just means that people will now have a chance for change. A chance for real leadership. January is not yet here. I think we are in for at least 1 more surprise until then. As Conan said, White House movers should ask for the payment up-front. 💁We are still in the covid crisis. The numbers in Germany went up too. So now is the time to acknowledge facts and take action on the behalf of the people. I am talking about our government too. With all this high tech we have, where is that vaccine/medicine? How can we talk about a solution when there is no treatment yet. Please get to work.