>> Politics: 🇩🇪 Election in Germany 🇩🇪 So long Chancellor Angela Merkel And Thank You For Your Service! 🗳️ 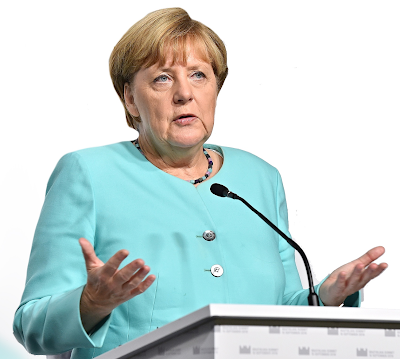 Ok, so on Sunday was Election Day in Germany! I know it is supposed to be a secret but my second vote went to the Animal Protection Party. I am glad it exists - so why not support it. This was a historical event!
Angela Merkel is leaving her role as the chancellor of Germany after more than 15 years. We think it is a big accomplishment to be in power that long and to assert oneself in the male dominated field of politics. It probably required a lot of personal sacrifice. Super powerful while remaining humble.
From East Germany (like me) and a Physicist (unlike me) Frau Merkel has earned respect over the years not only within Germany but also internationally. She fought for national interests and was a reliable partner to allies worldwide.
Overall, her governing style might be debatable but we must acknowledge, that she has led Germany through challenging ups and downs for more than a decade, without quitting, while being a stable, professional and knowledgable person. 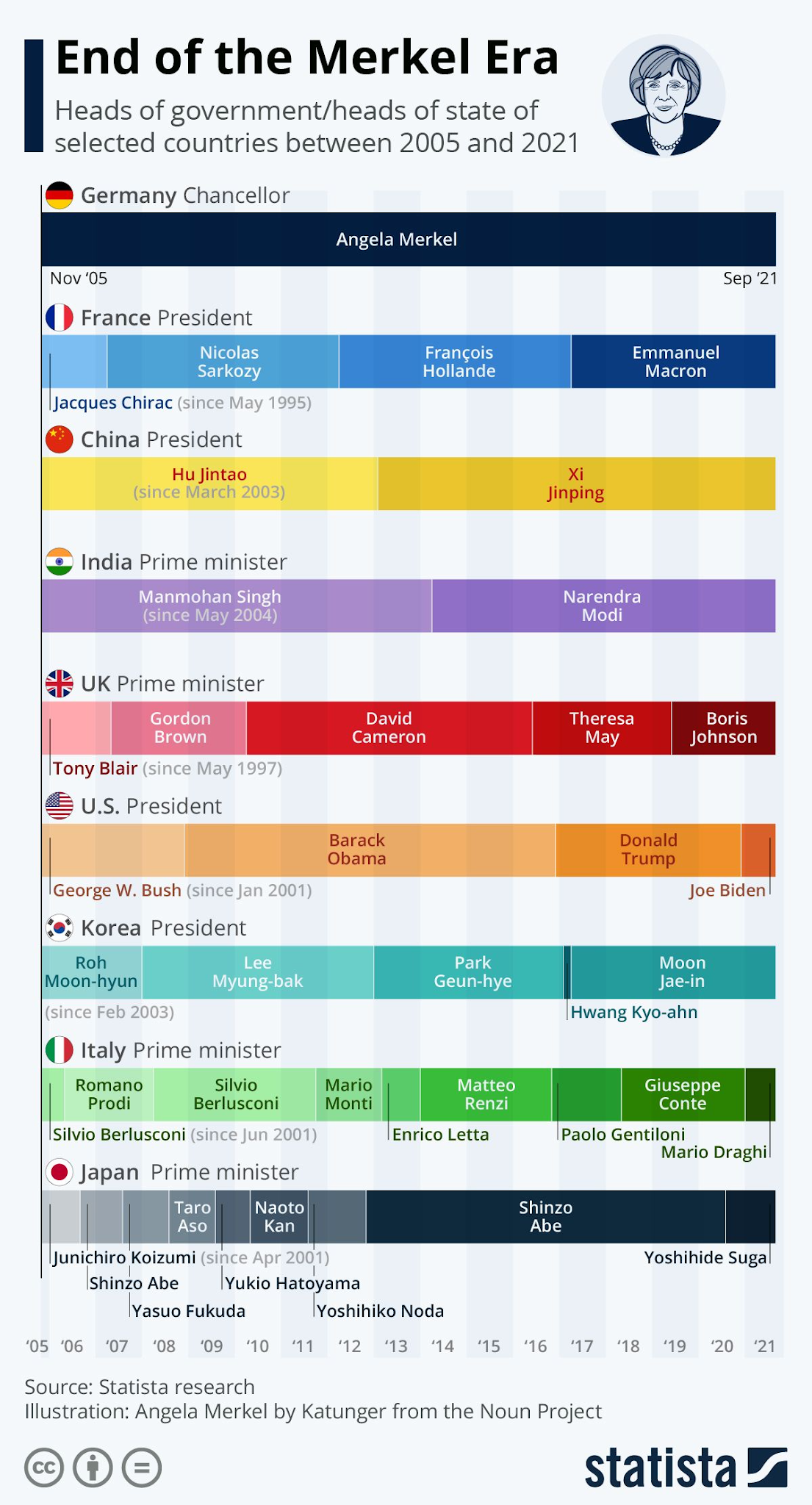 Here is an illustration by Statista Research, which points out just how long Merkel's reign has lasted in comparison to leaders of other countries. It is pretty remarkable. It is a historical achievement.
Perspective: In my personal opinion, it is not just about keeping a ship on course within the way/route things have always been, but it is also imperative to adjust course, laws and systems to current times and developments.
May it be in education, the workplace or personal freedom. I think this is something the next administration has to put on their agenda ASAP. Many people with an entrepreneurial spirit are blocked by 467284945 laws, rules and regulations holding them back - and that must end if we want people to prosper.
Especially the young generation is eager to discover their skills and make a difference in the world. They should be encouraged and supported to get their start, build self-confidence, find their way and be enabled to follow through.
We say: Deutschland needs more supportive programs for the youth, catch up with digitalisation and waaaay less bureaucracy overall.

We do have these suggestions, if our input should ever be required but we don't want to be overly critical. This is because - we would not want to take on this role. So in that way, if we would not want to do it and offer ourselves up to criticism, we are just observers.
If we would have more insight maybe, but if we don't get into the ring ourselves, we can't be too hard on someone who has been in there for more than 15 years. Thank you Frau Merkel, we will probably see you around once in a while still. Alles Gute und Auf Wiedersehen. Danke! Goodbye and Thank You.
2021 Angela Merkel Bundesrat Bundestag Chancellor Deutschland German Election Made in Germany politics Wahlen