>> Food Waste - Step In The Right Direction: TESCO Is Going To Donate Unsold Food To Charity 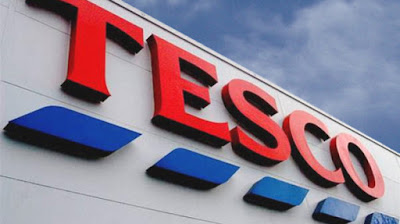 For a new initiative TESCO announced that it is committed to ZERO food wastage in its stores by the end of 2017. The plan is to support 5,000 local charities and groups, instead of sending tons and tons of food to the bin. A recently published report shows, that an unbelievable 55,400 tonnes of food were allegedly thrown away at Tesco stores across the United Kingdom in 2015.

Because I have read a similar news story a while ago in my home country, I did some research about this topic and found out that about 18 million tonnes of food produced in Germany are going to the bin yearly. How is it possible, that in 2016 this is happening? Is the world getting better, are we improving based on progress in technology and logistics or is it actually getting worse because of carelessness and ignorance? Where is the disruption app for this..

Unfortunately I can not pack it all up personally and send it to the countries where people starve and die because of hunger every single day. I just don't have the resources. But big companies would be able to do so, if they would want to use a part of their profits for a good cause. I can also not stop big corporations to drill for oil and destroy our whole planet because of the greed of a few powerful decision makers. - I am a BLOGGER! Seriously..

Leonardo DiCaprio might be able to help, though. He is a talented and rich, influential Oscar winner! :D We need more people like him!

So Tesco is taking a step in the right direction by saying - we can no longer accept this huge amount of good food going to waste. The idea is, to use a digital open platform called FareShare FoodCloud - fighting hunger, takling food waste - that allows store staff and charities to cooperate to distribute the surplus food. We say YES to this and hope other big companies will follow this positive example.