>> New Exhibition: Kimono - Kyoto To Catwalk. Explore The Culture Of Japan At The V&A In London! 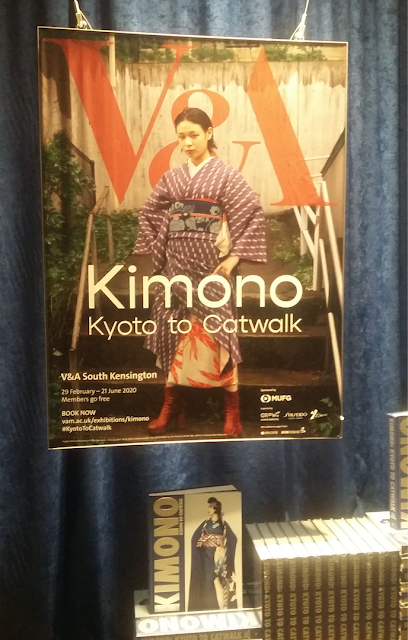 'This exhibition will present the kimono as a dynamic and constantly evolving icon of fashion, revealing the sartorial, aesthetic and social significance of the garment from the 1660s to the present day, both in Japan and the rest of the world.' 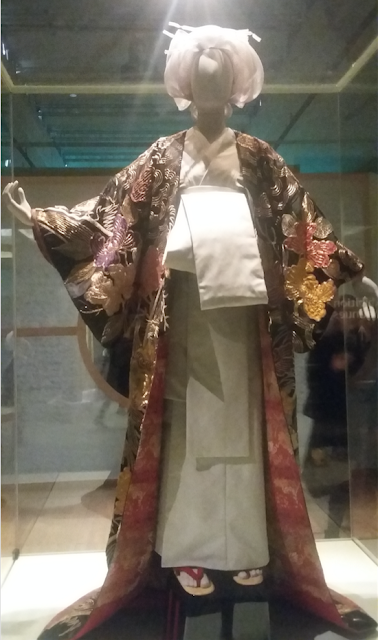 Outer-kimono for a woman (uchikake) High-ranking courtesans were called oiran. They were major celebrities, known for their culture, wit and artistic ability as much as for their sexual skills. Enough said.

Welcome back to your favorite Blog my dear readers! The V&A (Victoria and Albert Museum) was kind enough to invite us to an interesting press preview once again. This time, for Kimono - Kyoto to Catwalk. Before I get into my own observations, here is a part of the press release: ' On 29 February, the V&A opens Europe’s first major exhibition on kimono. The ultimate symbol of Japan, the kimono is often perceived as traditional, timeless and unchanging. Kimono: Kyoto to Catwalk counters this conception, presenting the garment as a dynamic and constantly evolving icon of fashion. 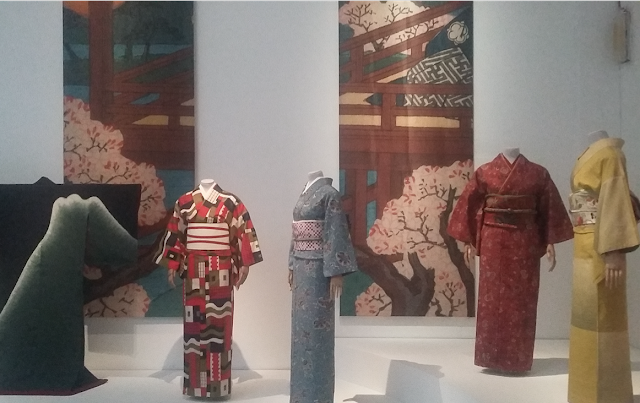 Highlights of the exhibition include a dress designed for Björk by Alexander McQueen and worn on the album cover Homogenic and original Star Wars costumes modelled on kimono by John Mollo and Trisha Biggar. Designs by Yves Saint Laurent, Rei Kawakubo and John Galliano reveal the kimono’s role as a constant source of inspiration for fashion designers. Paintings, prints, film, dress accessories and other objects feature throughout the exhibition, providing additional context to the fascinating story of the style, appeal and influence of the kimono.' 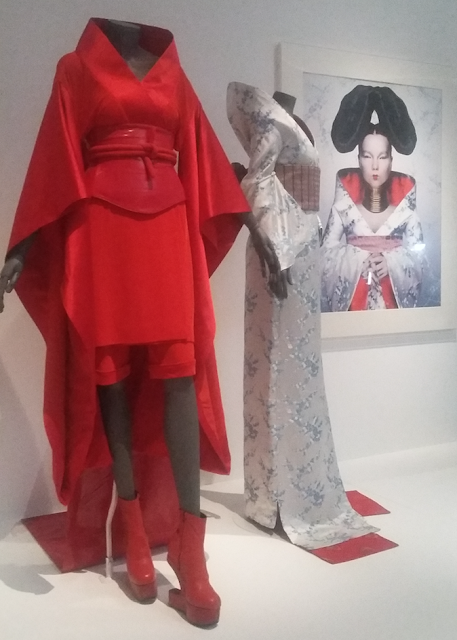 Kimono ensemble for Madonna by Jean Paul Gaultier. Madonna wore this scarlet ensemble for her music video 'Nothing Really Matters'.
Björk is known for her experimental music and avant-garde style. For the cover of her 1997 album Homogenic she collaborated with Alexander McQueen. 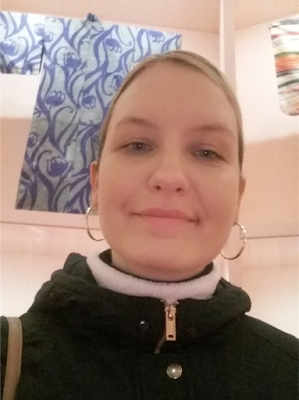 Most creative Editor of IBreakTheNews.com reporting live from the V&A in London surrounded by Kimonos - learning about the Japanese tradition & culture. 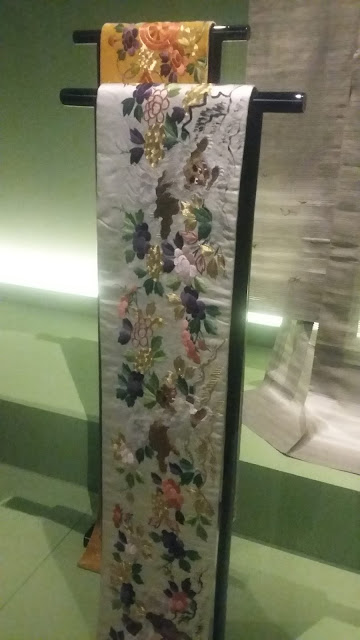 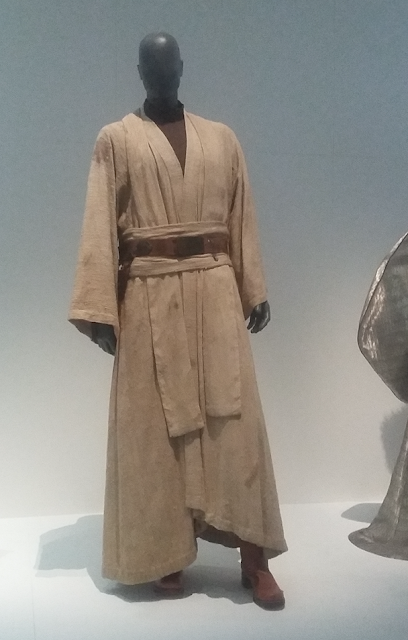 Here is some Star Wars (bathrobe - I mean - kimono for guys) hotness!
'Costume for Star Wars: Episode IV - A New Hope by John Mullo (1931 - 2017) The Star Wars character Obi-Wan Kenobi was equal parts Buddhist monk & noble samurai. Conceptually and visually, kimono were the ideal solution and an essential component in the creation of the alternative universe.'

In the past I have been to the V&A for exhibitions several times, so it is nice to keep this tradition going. I really like museums in general. I could spend hours in there, learning about historic events, amazing paintings and world renowned art. To get the most information out of any museum's visit, it is best to have a tour guide or an audio guide at least. When using an audio guide I prefer the English one over the German. I also sometimes think in English.. Just in case you always wanted to know. 🙂 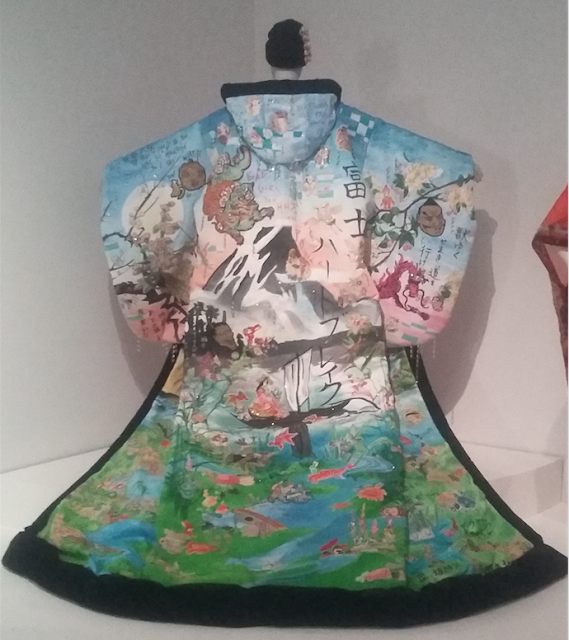 Most puffy Kimono. They really are pieces of art. If you think about all the time that goes into creating such an outfit.
'Please Let Others Sit Comfortably'
by Yokoyama Yumiko (b. 1984) and Kadowaki Takahiro (b.1969)

The exhibition Kimono: Kyoto to Catwalk has been curated for the V&A by Anna Jackson and Josephine Rout and runs from 29 February – 21 June 2020. Tickets are £16.